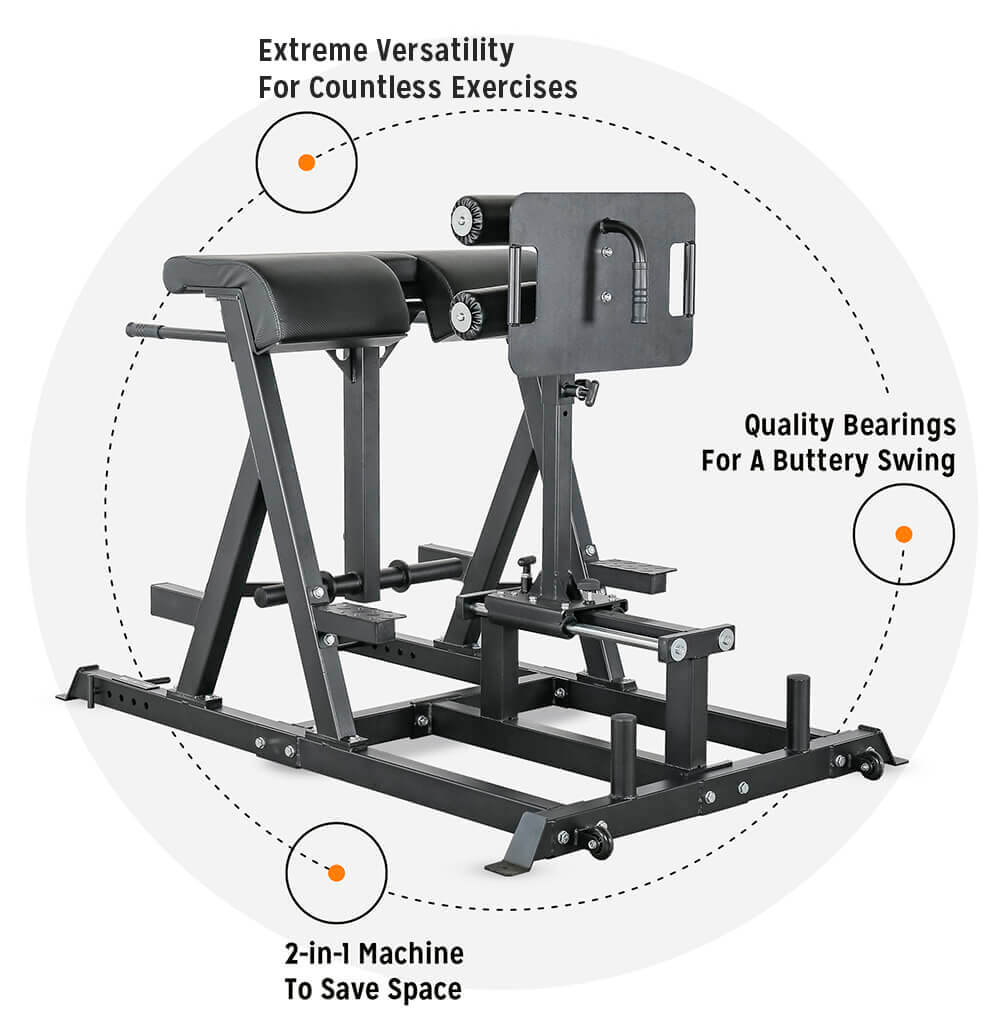 Reverse Hammer 2.0 – 2 in 1 GHD and Reverse Back Extension

The Reverse Hammer is two essential products for your home gym combined into one, at a fraction of the cost (and space) of when you buy those separately. The fusion of the Reverse Back Extension machine and Glute Ham Developer (GHD) is a Bells of Steel original design and was engineered in house. 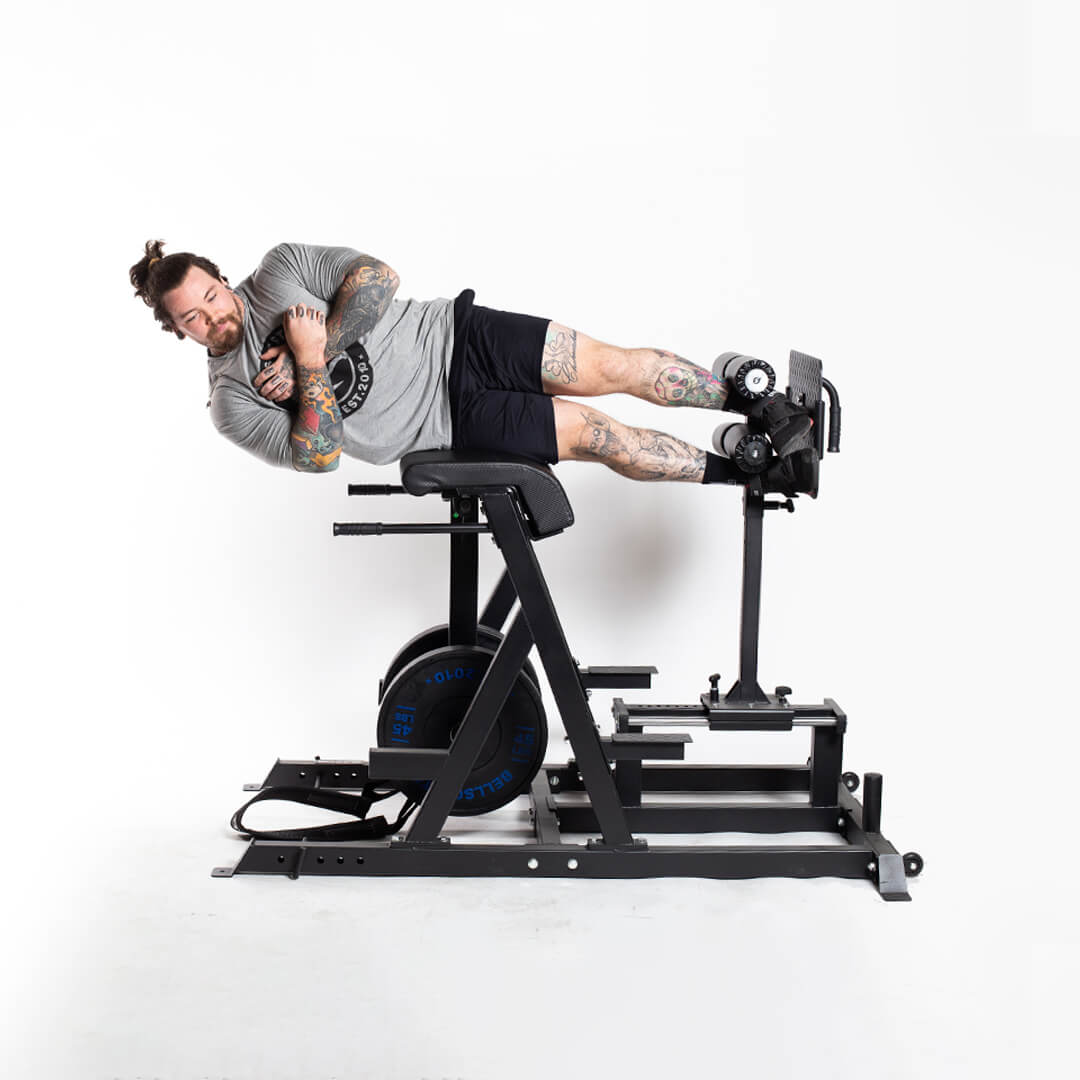 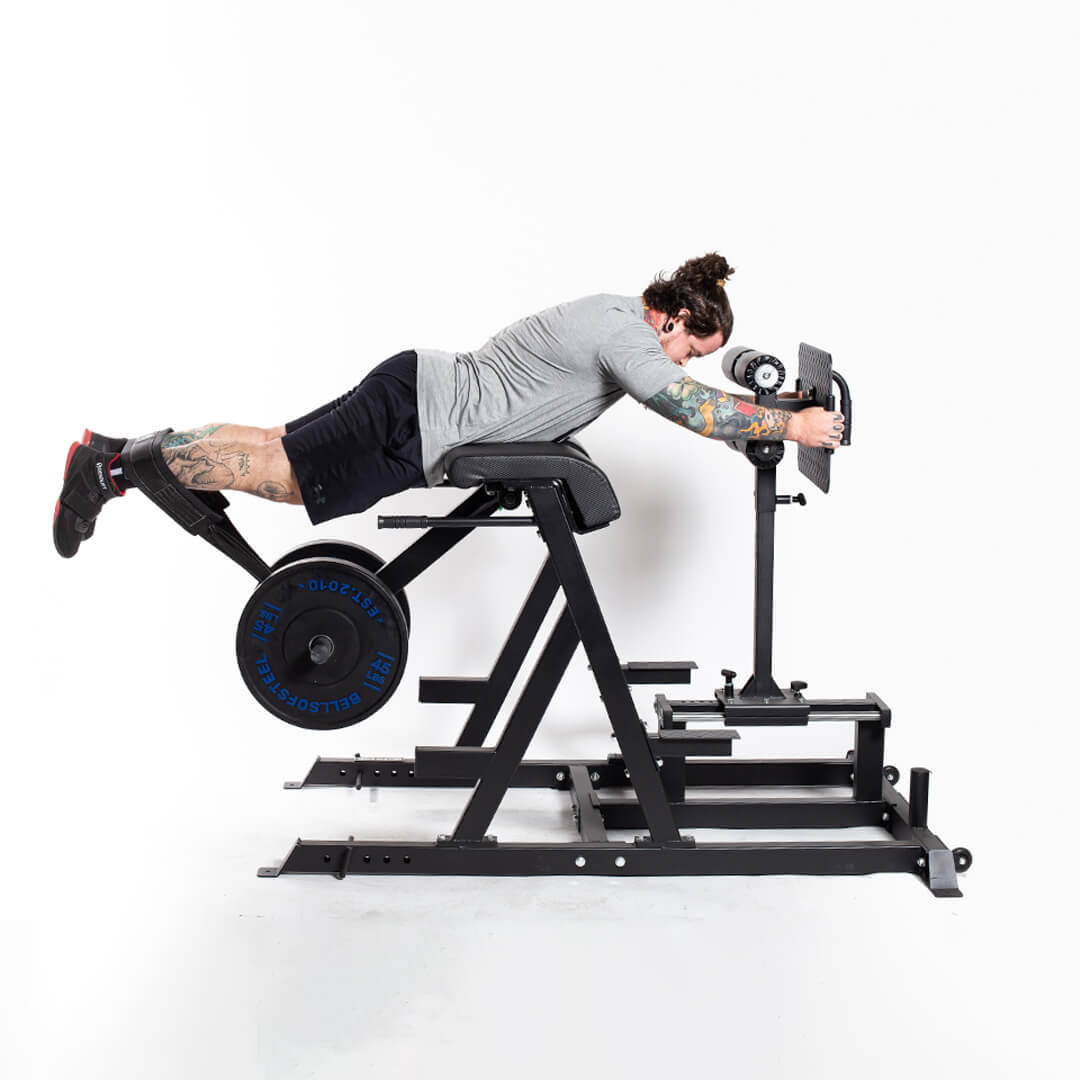 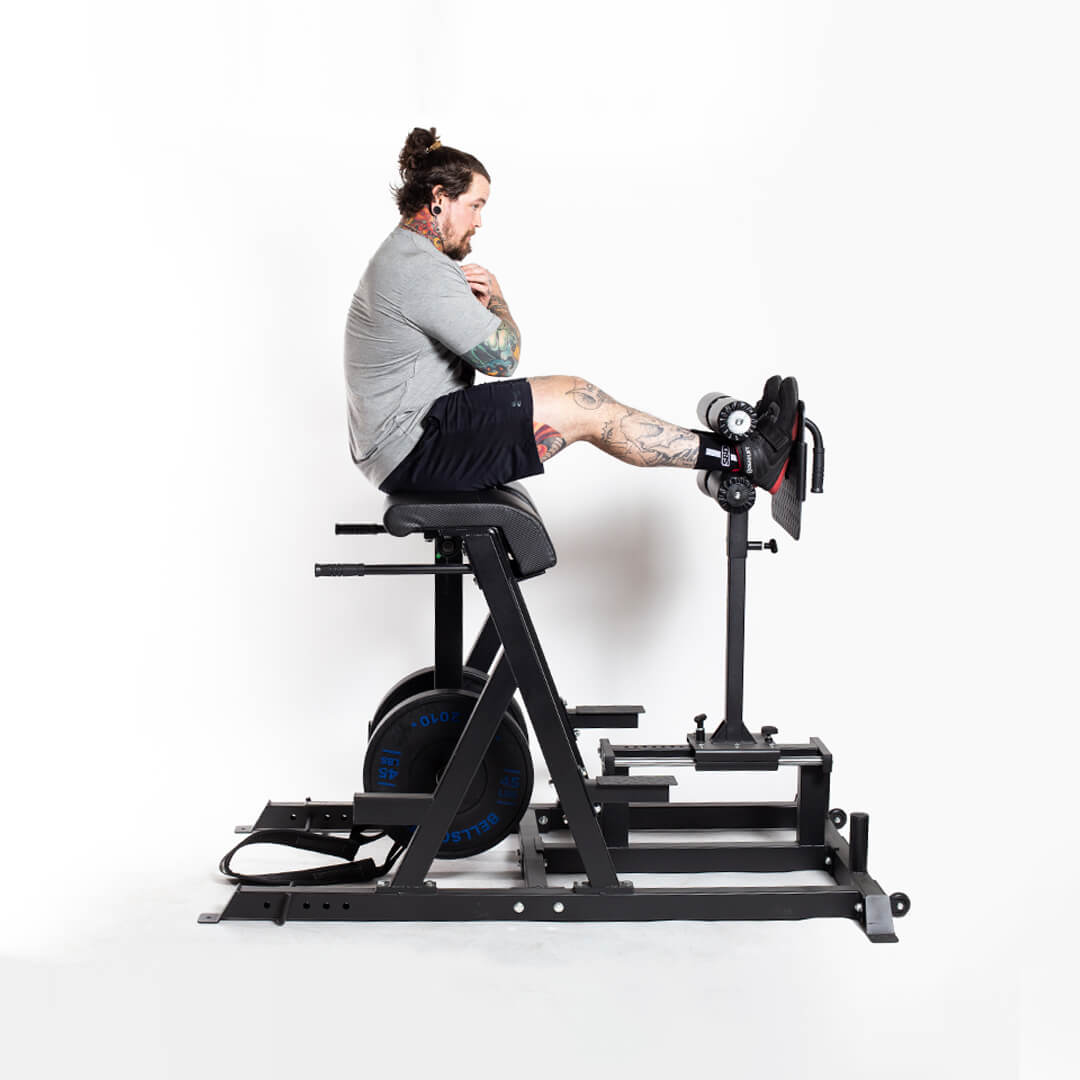 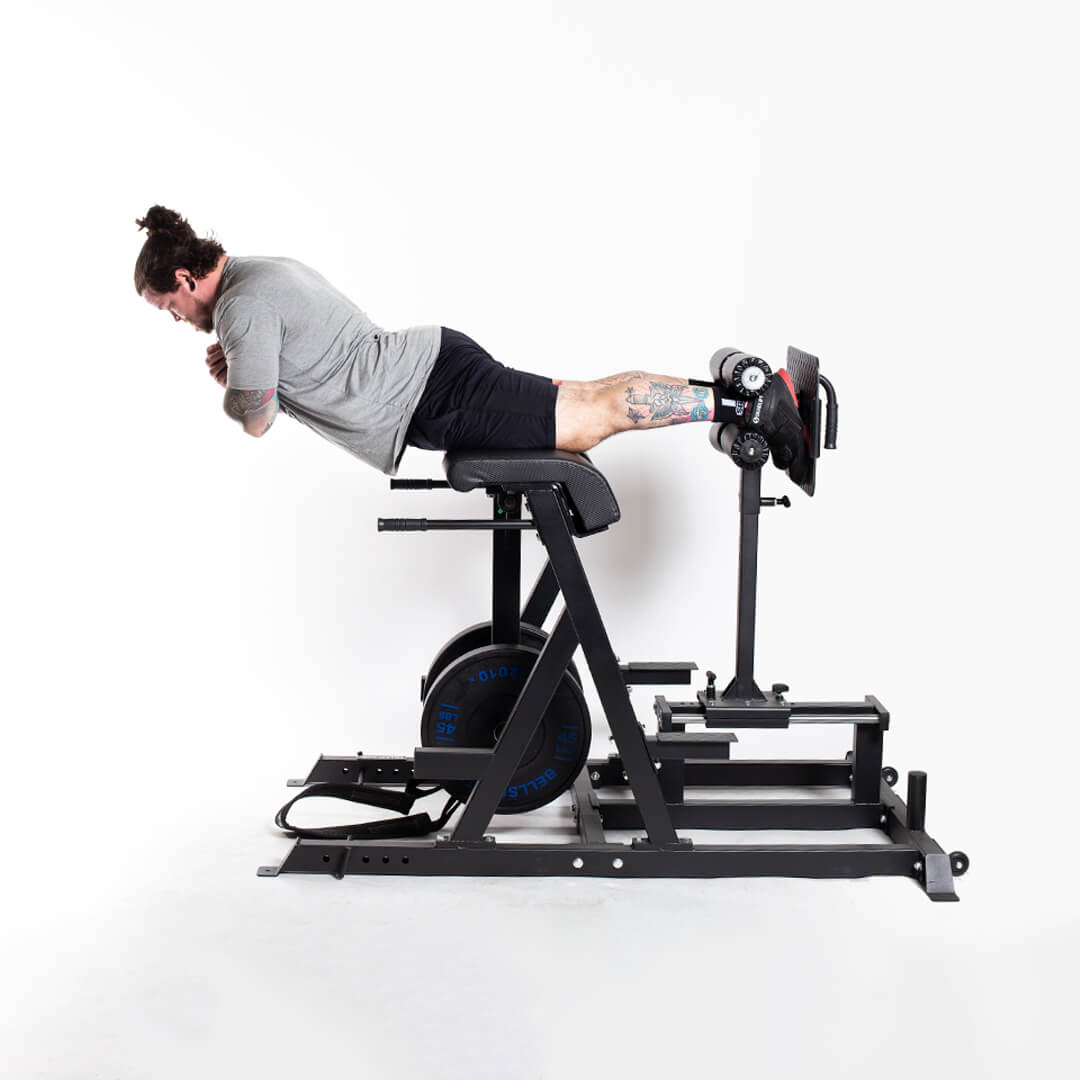 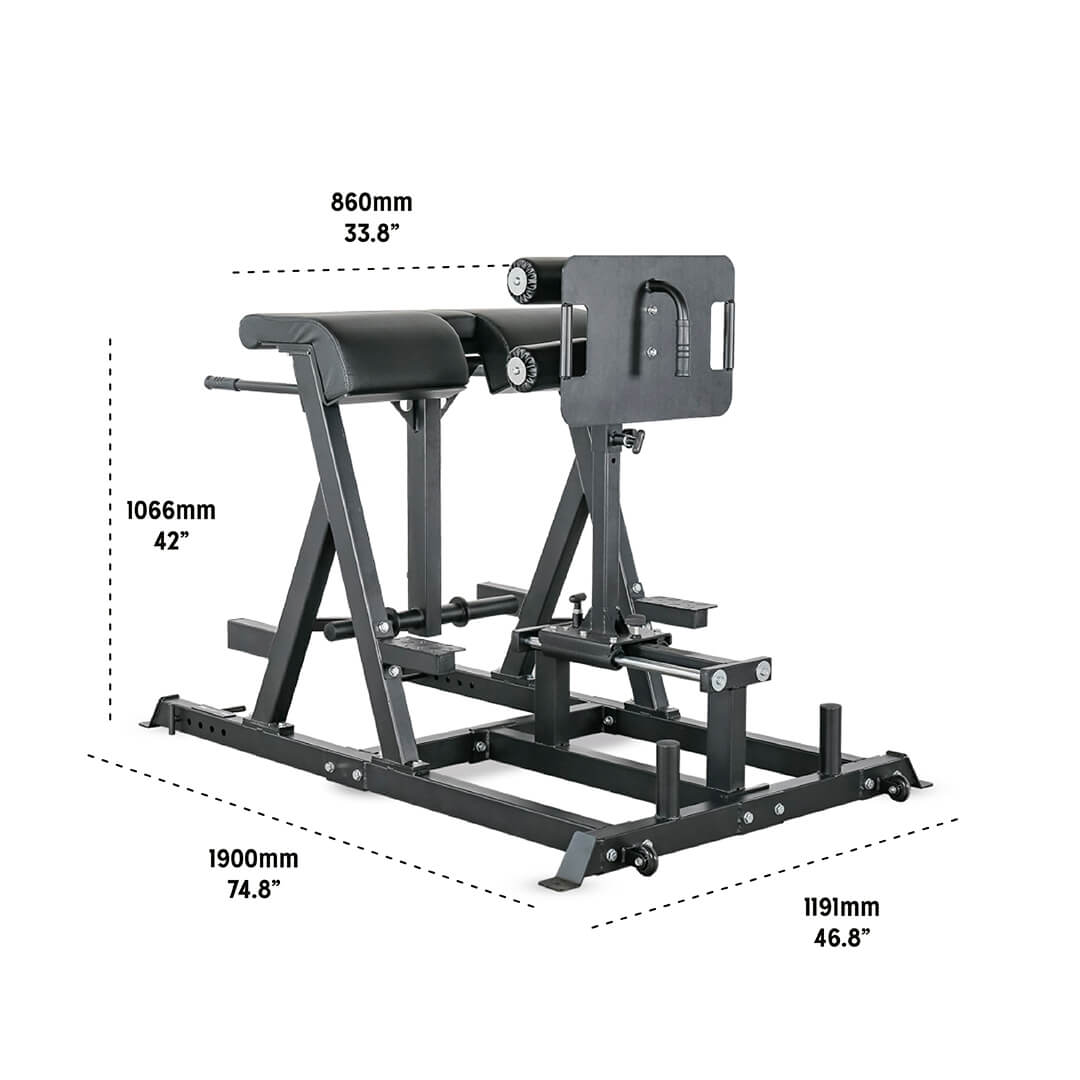 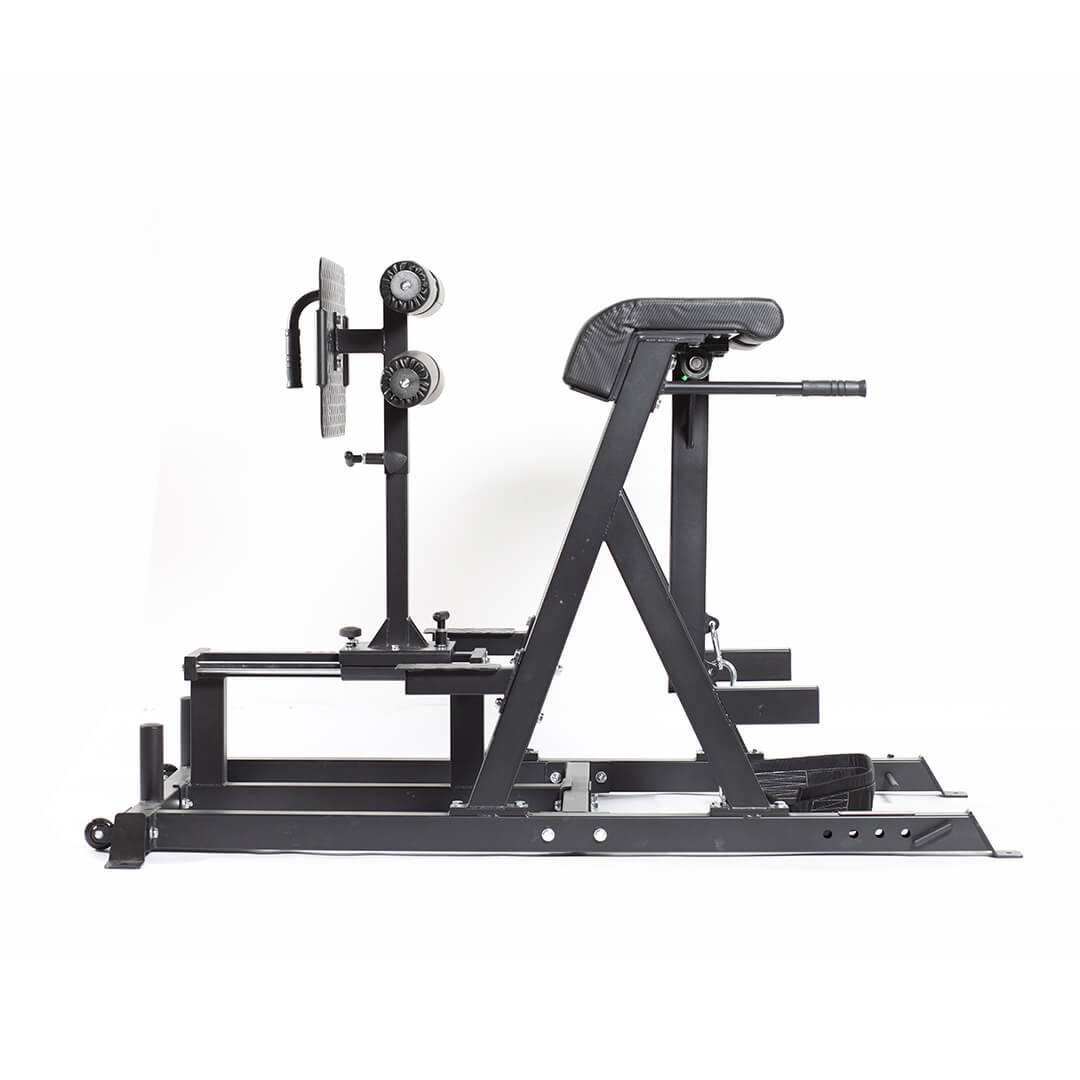 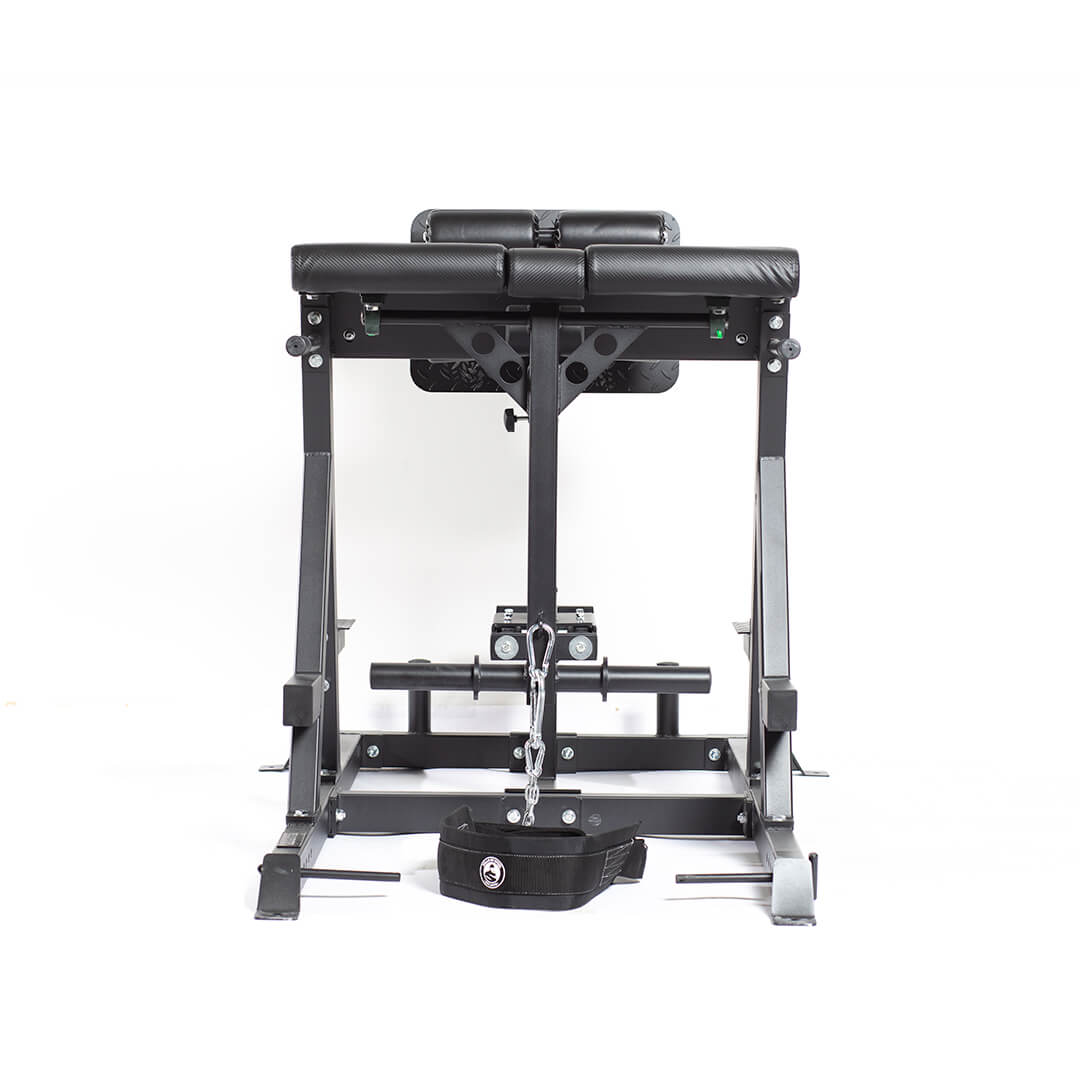 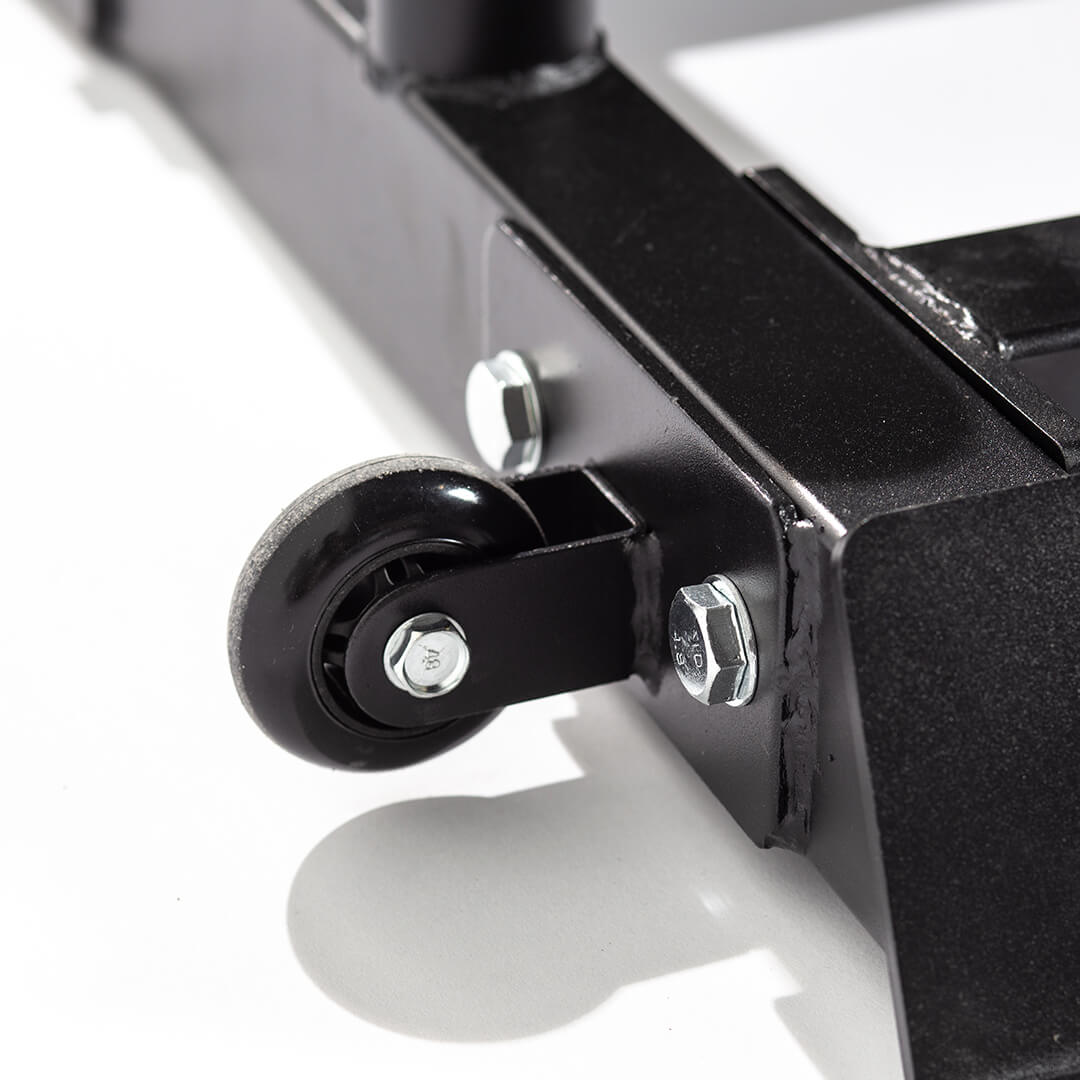 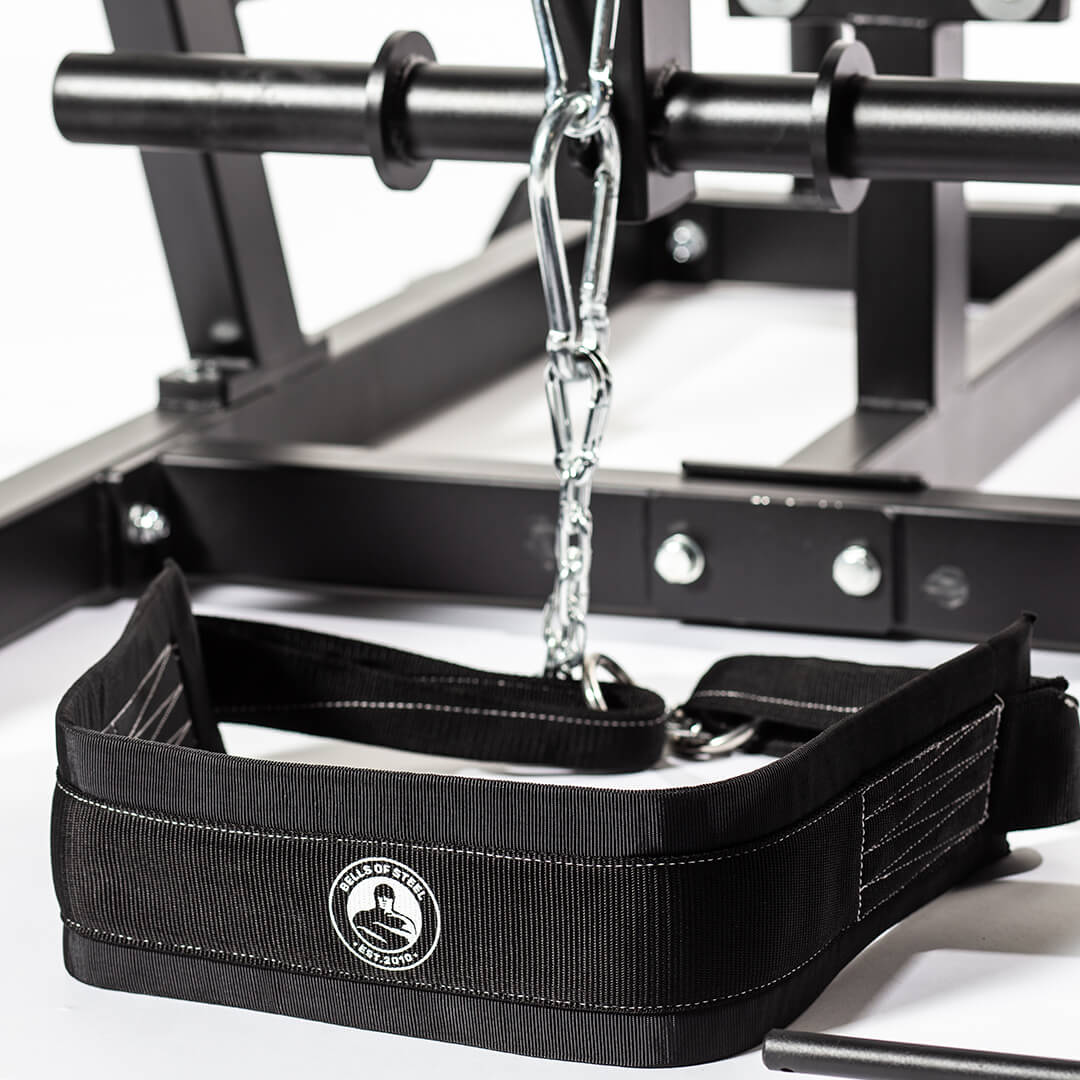 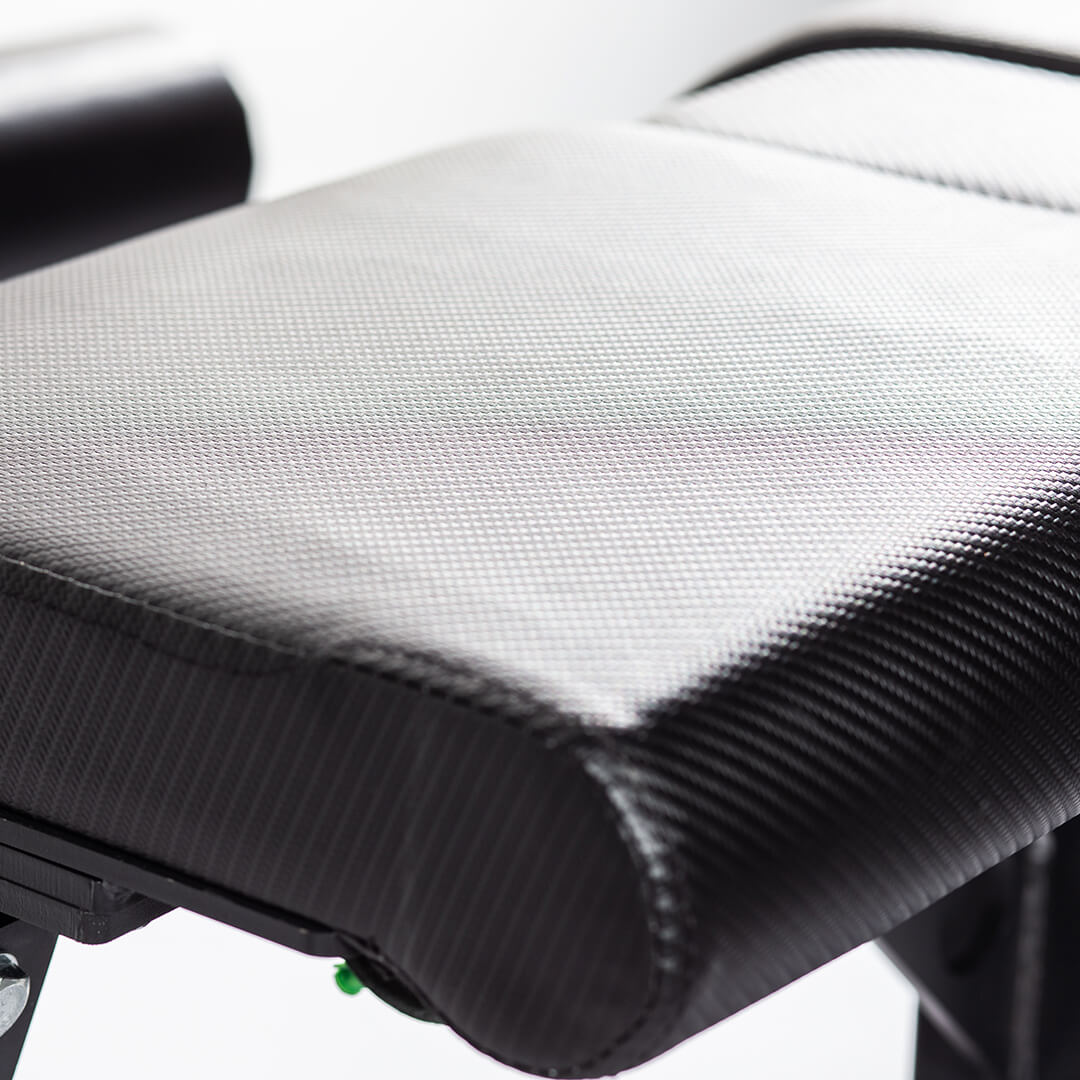 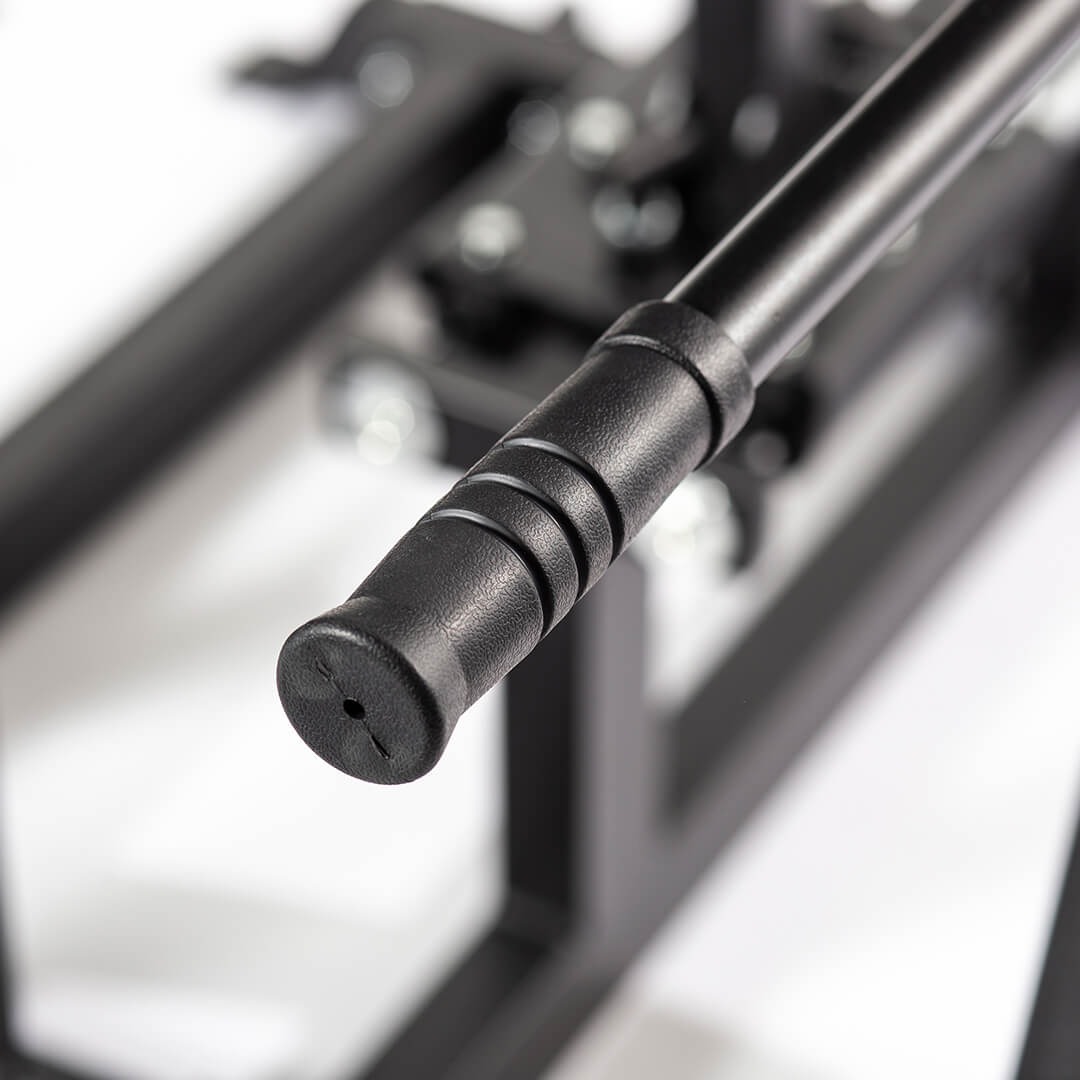 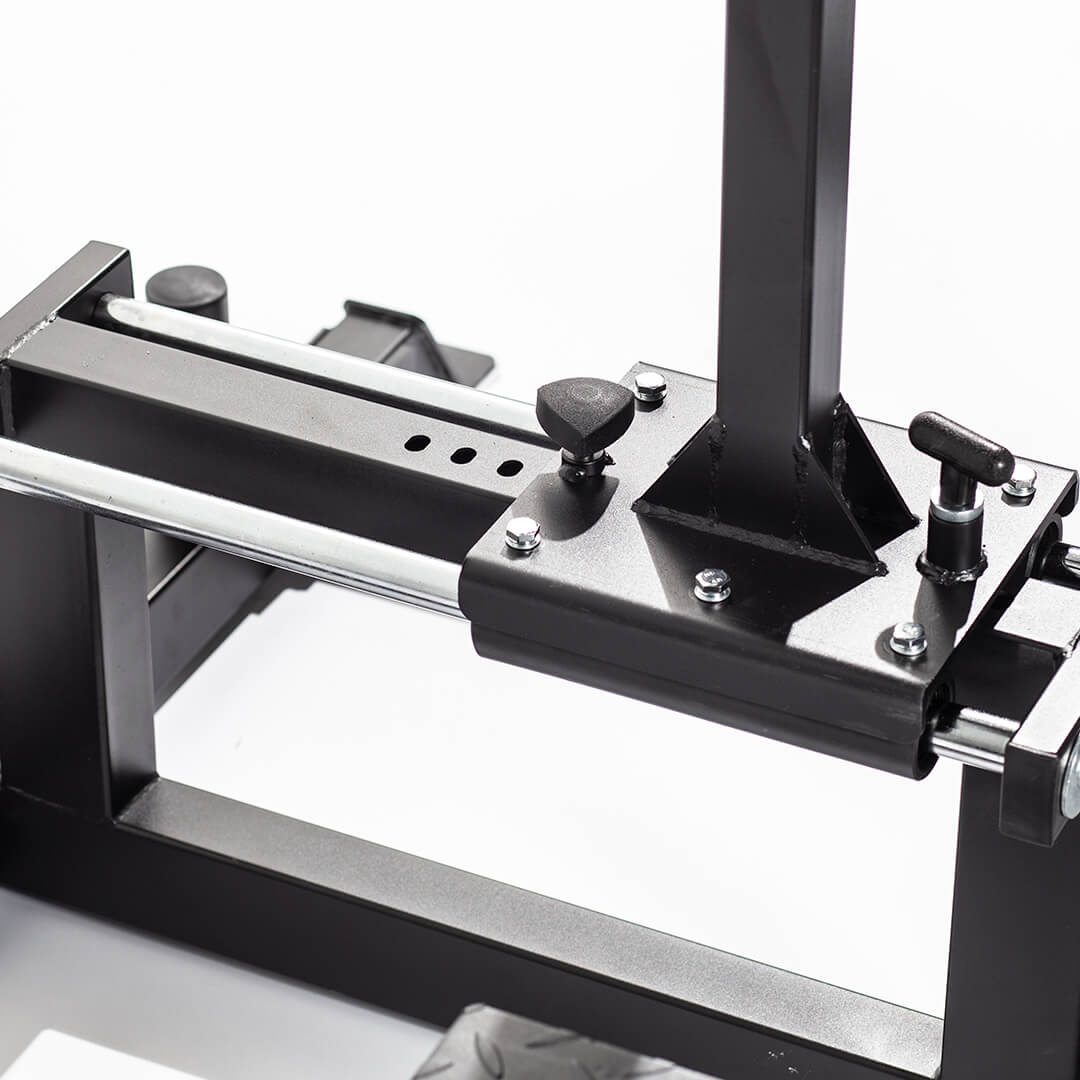 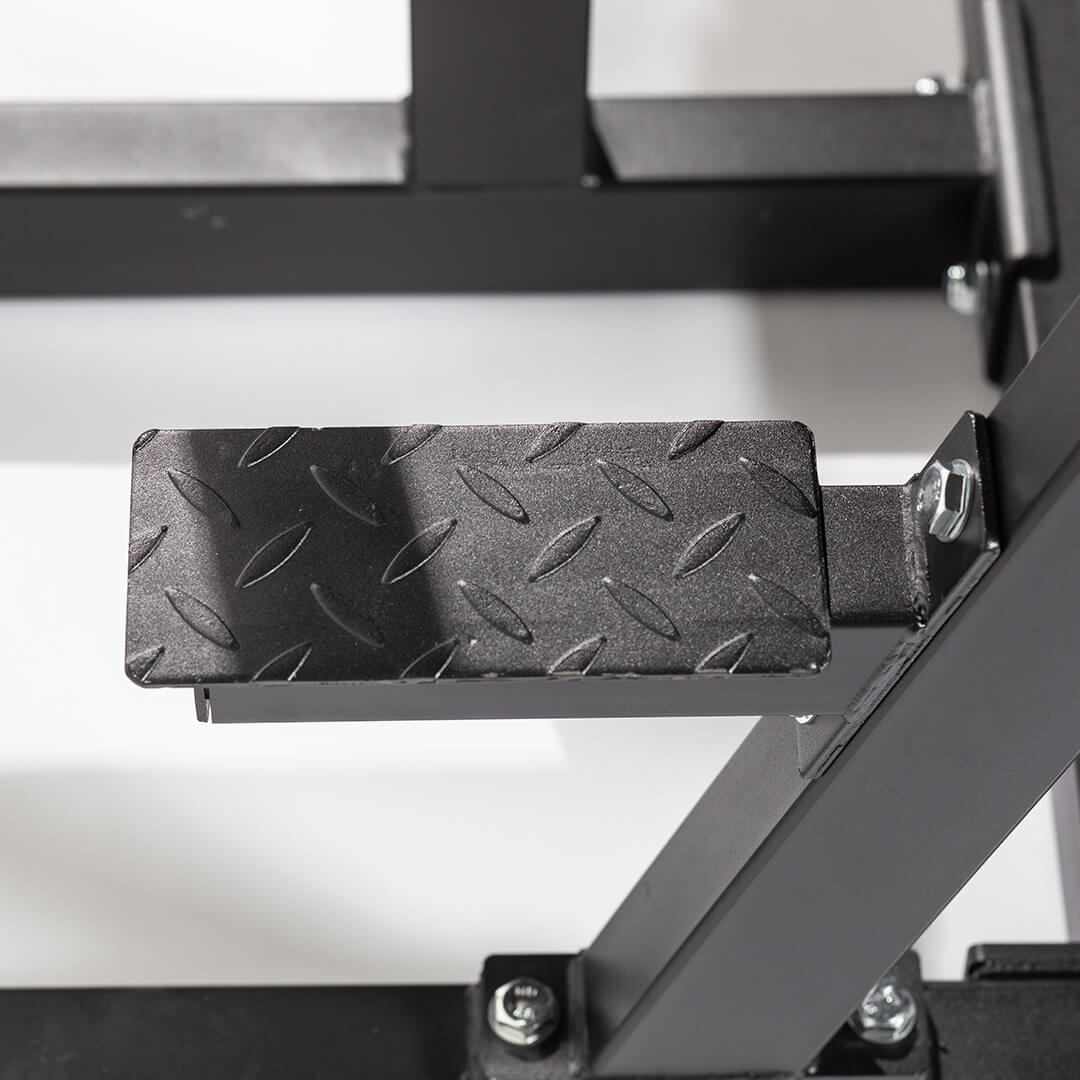 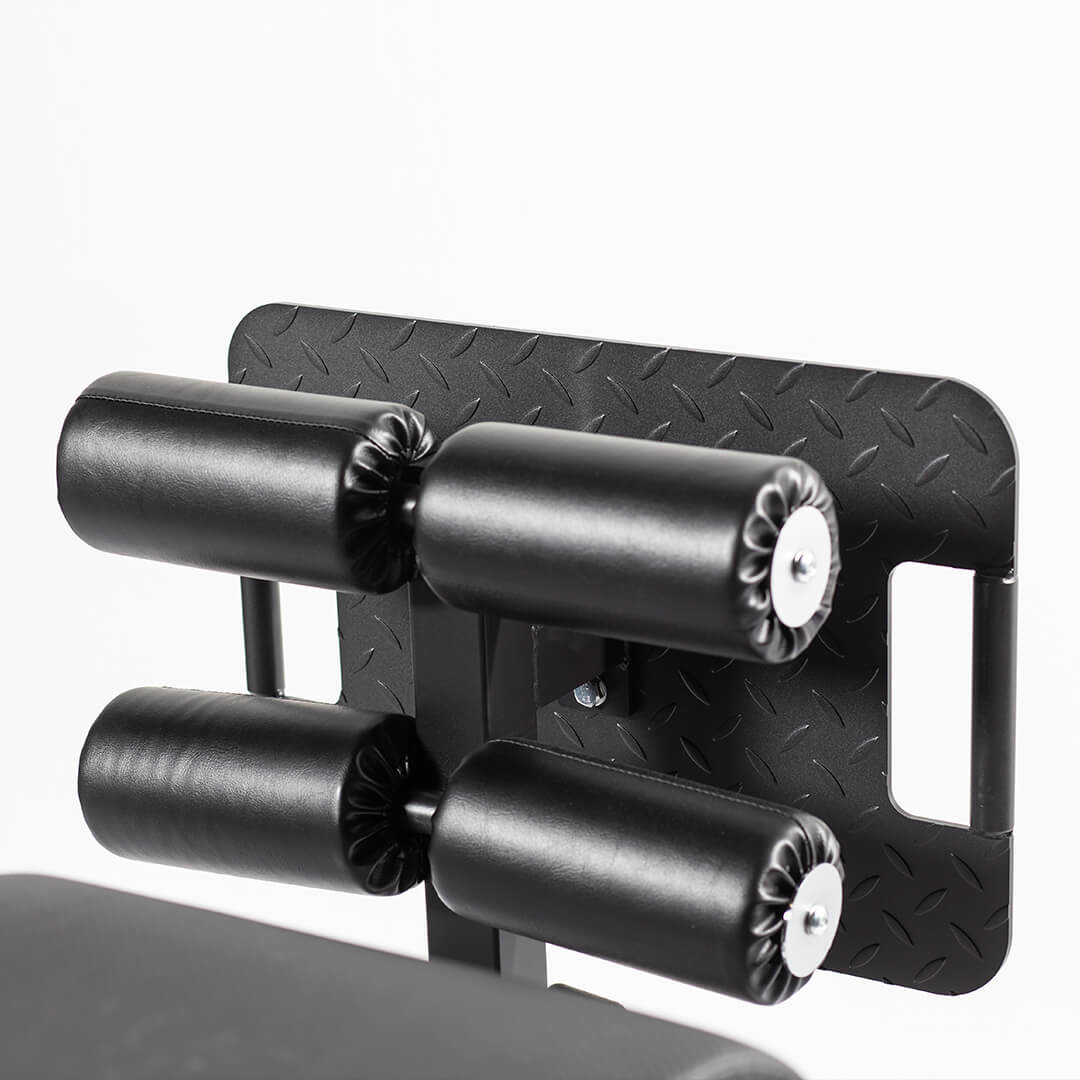 The Reverse Hammer is two essential products for your home gym combined into one, at a fraction of the cost (and space) of when you buy those separately. The fusion of the Reverse Back Extension machine and Glute Ham Developer (GHD) is a Bells of Steel original design and was engineered in house.

It is an all-in-one machine that enables athletes to perform any of the movements associated with either machine – glute ham raises, GHD sit-ups, back extensions, and reverse back extensions – with the same piece of equipment. It even includes our best selling belt squat belt to use as the strap.

The B.o.S. Reverse Hammer is easy to set up, simple to adjust, and it saves you a ton of precious floor space by combining two typically huge machines into one. No other single piece of equipment will strengthen and develop your posterior chain like the Reverse Hammer Reverse Back Extension / Glute Ham Developer!

The Bells of Steel Reverse Hammer isn’t the only combination Reverse Back Extension and Glute Ham Developer on the market, but it is the best. It is also one of the most affordable!

vertically adjustable footplate/foot roller carriage to accommodate users of any height. Diamond-plate platforms for stepping up into the GHD, a removable crotch pad, so the fellas don’t damage the goods, and so much more.

The 2.0 version also includes 2 band pegs for resistance band work, side handles for getting in and out easier, and extra padding over the curved part of the pad for more comfortable reverse back extensions. The footplate has also been made straight up and down instead of on an angle as per the feedback from customers on our 1.0 version.

The GHD is a versatile piece of strength equipment, and an essential tool for developing strength, power, and speed in the posterior chain. While the GHD is useful for a multitude of different movements that strengthen the core and posterior chain, like back extensions and GHD sit-ups, it is most commonly used for the Glute Ham Raise (GHR).

The Glute Ham Raise is an incredibly useful exercise for isolating the hamstrings and the glutes, increasing hypertrophy to these two essential muscle groups. The Glute Ham Raise is also believed to be superior to the leg curl because it works more muscles and puts a greater emphasis on the eccentric component of knee flexion. Increased time under tension, a more complete range of motion, and the ability to add resistance with bands or weight plates make for a very targeted approach to hamstring and glute development that will carry over to your heavy squats, deadlifts, and your explosiveness on the playing field.

It’s not just the hamstrings and glutes that benefit from the GHD and the GHR. The entire posterior chain benefits, including the spinal erectors. This not only improves strength and power in other major lifts and in sports but also helps one to resist injury as well.

Simply put, the GHD is the perfect tool for developing strength and power in the posterior chain, for improving performance on the playing field and in the gym, and for eliminating the risk of stress and injury to the lower back. The GHD can also be safely used by those with pre-existing low back issues who cannot use traditional, deadlift-style exercises to train their posterior chain.

The B.o.S. Reverse Hammer is exceptionally well made for these reasons:

Benefits of the Reverse Back Extension

Even for those who do not have an existing injury, the Reverse Back Extension can be an invaluable tool for developing strength, power, and explosiveness in the hamstrings and lower back. The Reverse Back Extension also improves hip extension, which will translate to better performance on the playing field and in the squat, deadlift, snatch, and clean and jerk.

The Best of Both Worlds

The Reverse Hammer offers you the best of both worlds when it comes to training and protecting the health of your posterior chain. In one single piece of equipment no bigger than either a standalone Reverse Back Extension or a standalone Glute Ham Developer, you get access to both, and you get both for about the cost of just one of them. If ever there was a machine worth making room for in your gym, it’s the Reverse Hammer GHD/RReverse Back Extension Machine.

Thank you for submitting a review!

Your input is very much appreciated. Share it with your friends so they can enjoy it too!

Beast of a machine

The machine is a beast and functions flawlessly. FEDEX beat the heck out of the boxes and while a few pieces were damaged, BOS customer service was quick to send out replacement parts and worked with us through the whole process. Love this machine and I highly recommend it if you have the space.

Hey Lance, Thank you for the review, We apologize for the way this box showed up, sometimes carriers can be quite rought. We are happy you got the replacement and are enjoying it! Enjoy all the gainz Yours in strength, William & the BOS Crew

I spent a good 6 months trying to justify the expense and floor space of this machine, but now after two weeks of using it, I couldn't be happier. This is the perfect complement to my power rack, providing some amazing exercises for muscle groups I was having a hard time targeting like hamstrings and abs. Glute-ham raises are way harder and more technique intensive than I was expecting, but I really feel the results. The reverse hyper is the same way, it's a compound exercise that will leave you feeling better and more whole after doing it. As an ab station, it can't be beat, especially side crunches. There are some small issues so far, but they're not deal breakers. As others have mentioned, the pad is pretty dense when doing the reverse hyper, but adding a folded towel on the edge helps with that. The only design issue I have is that the reverse hyper's arm pegs are too small to use clips on (spring or plastic). It's pretty annoying, since doing the movement explosively does move the plates around. They haven't fallen off yet, but it's been close. On v3 the pegs should be a standard Olympic size. It'll make the plates more annoying to load, but it will mean plates aren't flying through the air by mistake.

Hey Ian, Thank you for the review, We are happy to hear you found the space to have this amazing piece of equipment in your home gym! Reverse Hypers and GHR are an incredible addition to anyone workouts. As for the issue with the pegs, our Reverse Hammer uses a 1.9" tube and not a 2" Olympic bar and there for a spring clip will not fit. We do 3D print an Axle Collar that fit our Reverse Hammer and is available on our website! Enjoy all the gainz! Yours in strength, William

I purchased this piece of Equipemnt for my personal training facility and all Incan say it is by far the best piece. All of our clients love it…

Hey Igor, Thanks for the amazing review! The Reverse Hammer is a tank and holds up well in commercial settings. Hope you and your clients continue to feel the love, and the gainz! Thanks again, and happy lifting! Kat and the B.o.S. Crew

Love the hip hyper extension. I find when trying to do Nordic hamstring curls it’s a little difficult because of the pads. I’m used to using a roller pad for my knees on the concentric part of the exercise. I’m just figuring it out so I have some exploring to do, but overall great machine for the price.

Hey Alex, Thanks for the great review! The Reverse Hammer is a beasty, but can definitely take some getting used to, especially if you've become accustomed to different styles of equipment. If you still find yourself looking for tips and tricks to adapt to your gear, please don't hesitate to reach out to our support team! They know the ins and outs and hacks for all things B.o.S.! support@bellsofsteel.com Thanks again, and happy lifting! Kat and the B.o.S. Crew

Great shipping and efficient packing. I highly recommend to watch the BoS build video to assist with the instructions. Other than that if you’ve got the budget and are between this and just the GHD, and can swing it, no pun intended, get this!